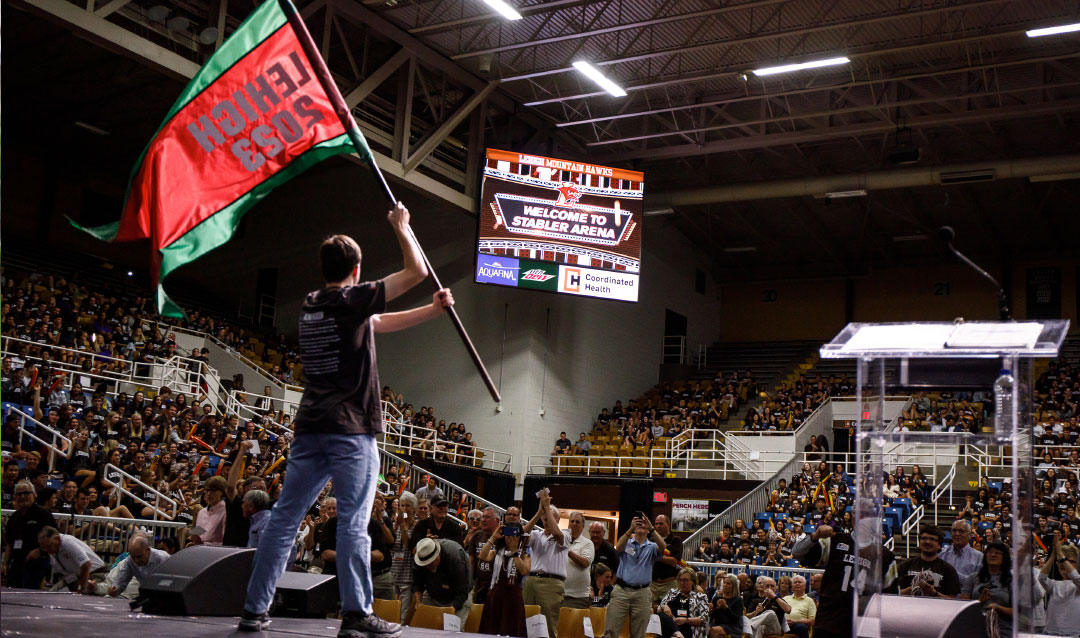 My Soaring Together Story: Advice from an “Old Timer,” John O'Hara ’73

I arrived at Lehigh as a freshman in the fall of 1969 and was a Gryphon in the freshmen dorms (as was Jim) from fall 1970 until I graduated in 1973. So, for my first two years at Lehigh, there were no female undergraduate students.

I recall that going coed was a controversial decision, much more so among former graduates who wanted to preserve tradition than among students; virtually all of my friends supported Lehigh becoming a coed institution. I even recall some low key “demonstrations'' held by students who supported the change.

I came to Lehigh drawn by its academic reputation, despite the male-only environment. From the perspective of a Gryphon, the freshmen men’s experience interacting with women was generally wanting, unnatural, and uncomfortable, to say the least. They tended to meet women “up on the hill” at frat parties, but those encounters were often one-time contacts with non-Lehigh women. Observing and interacting with the students today confirms for me what a positive step the transition to coeducation has been for Lehigh: Men and women students have the opportunity to cultivate the types of meaningful professional and personal relationships that weren’t very likely when I was a student.

There definitely were no women in any of my upper-level classes in my chosen field. It’s so different now — I especially enjoy reading the articles in Lehigh publications highlighting the academic and professional accomplishments of Lehigh’s women engineering students and graduates. Lehigh engineering demographics have changed so markedly since I was a student and, from my perspective, for the better.

Because there were so few women on campus that first year in 1971, I didn’t have the opportunity to interact with very many. I doubt that my experience was unusual — the ratio of male to female students was very high. And, to be honest, I didn’t make much effort to meet the women students. Most were freshmen when I was a junior or senior, so we tended to travel in different circles. However, I did spend time, both on Gryphon-related business and socially, with the women Gryphons who were assigned to the Centennial dorms. I still maintain contacts and look forward to our class reunions at Lehigh.

A humorous side note — quite some time after my wife and I married, she happened to mention that one of her closest friends graduated from Lehigh. Neither her friend nor I had ever mentioned being Lehigh alumni to each other when we were together. As it turned out, she was one of Lehigh’s 1971 female students. Other than her friend and myself, my wife had no other connection to Lehigh — it was pure coincidence.

I did have the pleasure of attending the Rally for the Class of 2023 as a member of the Class of 1973. In fact, after that rally, several freshmen did approach a few of us “old timers” for advice. My recollection of what I told them: Your studies have to be your number one priority. After all, that’s why you came to Lehigh. Don’t get behind but seek help when you need it. Don’t get discouraged if you are no longer at the very top of the academic pyramid. You are now among other students who are just as accomplished as you are — that’s why all of you got into Lehigh in the first place. But don’t make studying your only focus. Make friends and cultivate those friendships. They will last a lifetime.

Learn more about Soaring Together: 50 Years of Coeducation >

Posted by
August 16, 2021
Tags
Soaring Together