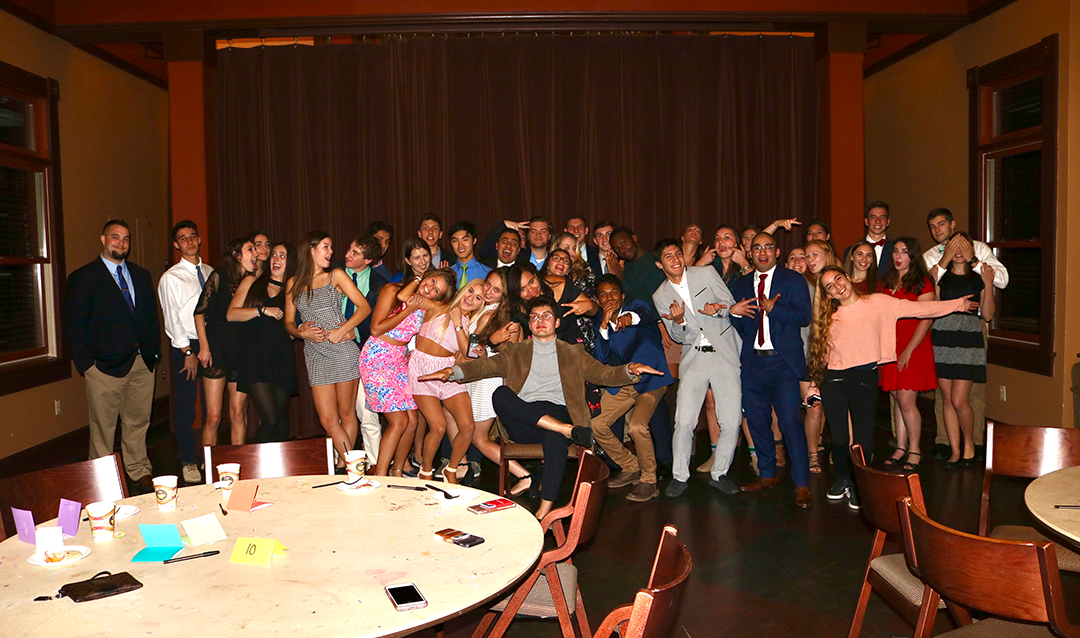 My Campus Housing Experience: Lessons Learned as a Housing Resident and a Gryphon Resident Advisor

Stepping foot into the Dravo House’s B2 hallway as a freshman about to experience my first year at Lehigh University was exhilarating. While for others this was their first time going to school away from home, my three years at boarding school had helped alleviate the worries of homesickness. In place of it was a desire to bond with my hallmates as soon as possible.

In the first few days I made it known that I wanted to get the hall together to hang out before the term was in full swing. Luckily for me, I already had met my roommate early on and knew that he too would be willing to connect with the hallway. What came of our early interactions were 2v2 mini soccer tournaments in the lounge, poker night, and other group events that got the whole hall to hang out in meaningful ways.

Alongside the hall’s efforts to hang out, we had an amazing gryphon who became deeply invested in the hall community, working hard to ensure we all came together and kept thinking critically about our first year experiences in college.

This first year experience led me and several other B2 residents to apply to be Gryphons, the position at Lehigh University which is similar to a RA elsewhere. Luckily for me, I got the position. I spent time as a Gryphon in both the Centennial II Complex, also known as Lower Cents, and Drinker House for my sophomore and junior year respectively.

Both years felt like a continuation of my first year at Lehigh University. There were definitely some differences being the Gryphon of the hallway because of the responsibility I had to ensure the safety of all my residents. However, I overall felt really close with the halls that I was a Gryphon in and loved my coworkers as well.

For my senior year at Lehigh University, I ended up signing a lease with several friends of mine, which included two other gryphons I worked with and a friend I met back during my freshman year in the B2 hall way of the Dravo House.

Overall, I am really appreciative of my time living on campus, especially because of the friends I made and the lessons I learned both as a resident and a Gryphon.